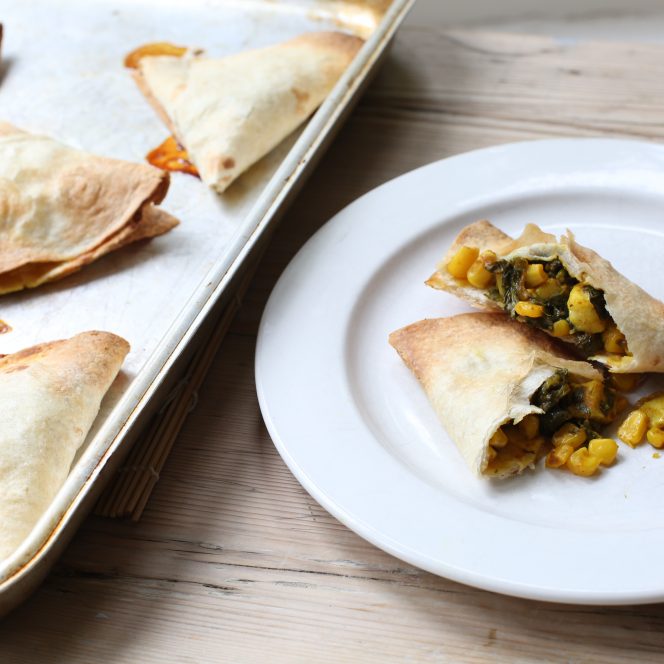 I’ve just started running Cook School classes at a school in London and so far so good. The children made Samosa’s last week with a mango chutney, sweetcorn and coriander filling. Instead of using filo pastry which is quite fiddly and tricky, especially when you only have an hour, our Cook School recipe used tortillas to make the pockets. The children were a bit dubious at first about the filling, many of them hadn’t tried a samosa before, but returned the following week saying how delicious they were. They had done their homework and were able to say what they had learnt about how they are traditionally made and where they are from.

This week we made cheese, apple and marmite pasties – a combination that in fact I would not think to put together myself. The students all embraced the dish (I think making the samosas the previous week certainly helped them to become a little more adventurous) and seemed to enjoy cutting out the pastry, making the filling together and then filling the pasties. There is something quite fun and creative about using our hands when we cook and the students seemed to enjoy the creative process and also working as a team. At the end they came up with lots of weird and wonderful ideas of other fillings they could put in the pasties, such as sweetcorn and baked beans (!!) and pear and cinnamon.